Hey everyone! it has been a while since I’ve posted on here so I’m gonna tell you whats happened during summer break. We got out of school and I was back at it with softball.

It wasn’t a bad season but wasn’t the greatest I’ve been through. I didn’t fit in with the girls on my team so the team was lopsided. Girls didn’t like me because I was truthful and didn’t like two-sided people that acted like they liked me but didn’t. I quit playing for that team on our last tournament and decided that I was going to sub for the next softball season since it put so much pressure on me to carry the team (Not what a pitcher should go through). I actually hit a couple home runs last season!! LETS GOOOOO.

Enough about softball… So I got a male goat to add to my little mini-farm, now both of my female goats are pregnant and are getting close to the due date!! yay, baby goats are on the way. I also got chickens, my first flock didn’t make it through, I accidentally left the garage door open… a fox decided they were gonna be his dinner. I just got a new flock though, luckily I learned my lesson with the last flock. I also got a puppy!! She’s a blue heeler, her name is Bailey Joe Moe, Bailey for short.

I had a math tutor this year, like the years before that. I would recommend getting one if you want to achieve a scholarship and get a full ride for college. I would recommend for the new 7th graders this year, I would do as many extra credits as you can, that helped me a ton. I was also in Mrs. Caudills ADV ELA class last year, I would recommend you read a ton to get those AR points done even if you are in the regular ELA class, READ A TON. Reading a ton will help you in Mrs. Schaals ELA class next year for 8th grade. Down below are some things I’m going to give you to get to know about each teacher I had last year in 7th.

Mrs. Wilson-Math, Mrs. Wilson was the best. I would recommend you study hard for each test and quiz you have. Also, I would do extra credits in her class, she gave out a lot of extra credit things to do. I didn’t do any because my grade was an A the whole time but I would do some if you have some problems learning in math.

Mr.Svetek-Science, I’m telling you Mr.Svetek has probably been the best science teacher I’ve ever had. The only thing you probably will worry about is that he does projects that include you standing in front of the class and explaining your project and he has a decent amount of work to do including tests and quizzes for each lesson you learn. But he is an amazing teacher.

Mrs.Griffey-Social Studies, Mrs.Griffey was the best social studies teacher I had too. She explains things very easily and if your still not comprehending just raise your hand or send her a quick email. Most things in her class were fun. Beware of tennis balls ;). MAKE SURE YOU STUDY VERY HARD FOR THIS CLASS SHE TAKES THINGS SERIOUSLY.

Mr.Barnes-Technolgy, This class was the most fun class I’ve ever had. Coding things was probably the most I struggled on but everyone is different in their own way. Just make sure if he gives you assignments, makes sure you do them. This is also a class to have fun but not too much fun to where you’re not learning anything and not paying attention.

Mrs.Caudill-ADV ELA, Mrs.Caudill was probably the toughest class I was in. Don’t overthink things!! I did this sometimes and It made my overthinking worse. Like I said make sure you read a decent amount and you’ll be a happy camper. ALSO AR POINTS, I read big books so I was able to pass my AR points with just one book, if you don’t like reading big books I suggest getting smaller ones that have “some” AR points so you don’t have to read so many of the smaller ones to pass your AR points.

For everyone though, treat the teachers like you want to be treated. Just because you don’t really like one of your teachers DOES NOT give you the right to treat them badly. They are our elders treat them with kindness and joyfulness, and you will be a happy camper and so will your teachers. Also do not bully someone just because they are different from you, that’s not right at all. Think outside the box, would you like people saying stuff to you the way your speaking to them? NO!! I wouldn’t want to. Be nice, like Mr.King preached at the assembly, that’s all you have to do. 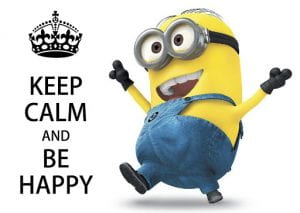 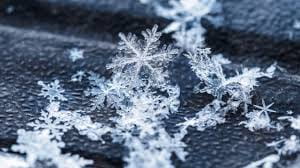 Well, let’s start off by telling you about how my brother and I made a snowman. It was kind of funny because I asked my brother if he wanted to build a snowman and he said “No, I’m playing my video games”, I was like “Okay, then don’t ask me to come outside”. Of course, when I started going out the door, my brother came running out on the porch (yelling) “I’m coming too!”. I was like “Come on then!”. It was definitely really cold outside, when we jumped off the porch, we both accidentally fell because the snow was so deep we did not realize how far down the ground actually was from the porch. The snow was really fluffy, like a feathery pillow, but so very cold. When we both started getting up, we were giggling so much that we fell over laughing. After our little giggling session, we went to make our snowman. But…. my brother and I decided to make mini snowmen because we wanted to see how small we can make them but still be able to see that they are actually snowmen and not just little piles of snow on the ground. Unfortunately, we were not able to make them at all because the snow was too fluffy and would not stay together enough. We then decided to try and make snow angels since the mini snowmen were not working. My brother laid down in the snow first and made one, I helped him out so there would not be any footprints in it. Then it was my turn, I laid down in the cold fluffy snow and began making mine. I got snow down the neck of my jacket and in my boots, it was so cold I screamed while my brother laughed at me. Now it was my brother’s turn to help me out, unfortunately, my brother is six years old and weighs about eighty pounds, so when he tried to help me out I accidentally pulled him down. We both started laughing so hard we began to cry. Needless to say, my snow angel was not perfect, but my brother and I had fun and made memories that will last forever.

Mrs. Caudill recently read the book Harris and Me, so we had to do 8 reflection questions about the book. This is my answer’s to all the questions! 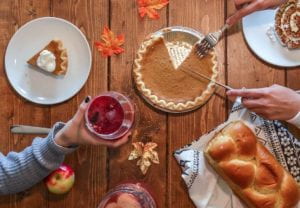 Thanksgiving this year was a little different than most years, normally we have a ton of people come to my mom’s house for Thanksgiving, but we only had 4 people show up. Usually, we have about 8 people that come to my mom’s house every year and I actually liked having fewer people there. I didn’t even eat one piece of turkey for Thanksgiving!. The one main thing I ate was mashed potatoes and veggies. Most of the time when a ton of people visit my mom’s house my dad leaves really early because it’s so loud, but this year my dad stayed for a couple hours because there were fewer people there. So why did I write about my Thanksgiving, well cause when I get older I want to remember how Thanksgiving was in 2020. Have a great day!.

If you had three wishes, what would they be?. Let me tell you mine. My first wish would be… to have people be nice to each other even if your a different color, speak a different language, come from a different country, I just wish people would be nice. My second wish would be… to have COVID-19 disappear, it’s killed so many families, friends, people you don’t know, people that wanted nothing to deal with COVID. I just wish that COVID-19 didn’t even start, it’s the worst thing, I think, that people have encountered in history. My third wish would be… to find a cure for any Cancer, my little cousin has bone cancer and she is only 10. Cancer is one of the top things I hate and many other people do too. You can get Cancer at any age and I hate that, especially since it choose my little cousin and that makes me very mad. These are my three wishes, what is yours?. Tell me in the comments in the top left hand corner. Have a great day and stay safe!. Also, I used Canva to make the image! 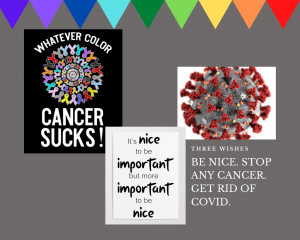 These are my top 10 favorite sports I like to watch and play. Playing sports is my favorite thing to do! but also you have to be a little serious to be able to win games and tournaments. Whats your favorite sport to play or watch, leave a comment in the top left hand corner. Have a great day!.

Why am I posting this picture?, well, because I love horses or any kind of equine animal. Ever since I was a kid, I loved the beauty and nature of horses. I am posting this picture because I love horses and I actually made this picture thanks to the online editor I used (Canva). Canva is totally awesome! You’re able to take pictures you used and turn them into anything, you can also use the photos off of Canva that they have and edit them, you can do many things on Canva!. Have a great day to the people who see this post!. 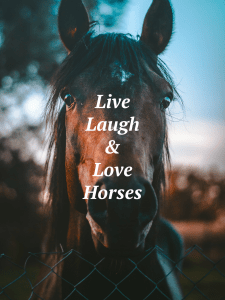 My avatar is inspired by me, of course!. Well, as you can see, I have long wavy dark brown hair. My eyes are light blue with little diamonds around my pupil, which arent in my picture avatar but in real life, I have diamonds around my pupil. I have purple pinkish reading glasses. My sweatshirt is purple because purple is one of my four favorite colors. The background behind my avatar is light blue and a darker light blue, which light blue is another one of my favorite colors.

Where are you from Map